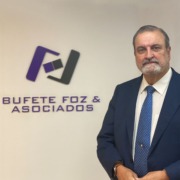 “The law is the friend of the weak”. The phrase, originally attributed to the German philosopher Friedrich von Schiller, reminds us that the law must respond to social realities and, in particular, to the protection of the weak.

Among the most relevant changes currently being experienced, we can highlight the increase of life expectancy. Just in 20 years between 1999 and 2019, the life expectancy of people in Spain has risen from 75.4 years to 80.9 for men and from 82.3 to 86.2 for women, as has occurred in similar way in our neighbour countries.

One of the natural consequences of this change is the increase in the number of seniors who, due to their increasing age, lose their mental capacities and become incapable of managing their own assets, thus becoming helpless, in the sense given by Schiller, a “weak person” in need of protection.

When these circumstances occur, the family members of the person who loses his or her mental faculties are forced to go through a process of incapacitation that must be carried out by a court, in which the person who is to be the guardian of the incapacitated person is appointed. Unfortunately, this process not only entails legal costs, but also expert costs to verify the incapacity and, what is worse, a period of time that can be long, during which the relatives are unable to act to protect the still presumed incapacitated person.

As we will explain below, a practical solution at a very low cost is the granting of a power of attorney.

Article 1732 of the Spanish Civil Code states that the mandate, which includes the power of attorney, is terminated:

2.º By resignation or incapacitation of the mandatary.

3.º By death, declaration of prodigality or by the bankruptcy or insolvency of the mandator (*) or the mandatory(**)

(*) By “mandator” we must understand in this context the grantor of the power of attorney.

(**) By “mandatory” we must understand in this context the person who acts as power of attorney or proxy.

This last paragraph therefore allows a power of attorney to be granted in which it is expressly stated that it will remain in force even if the grantor of the power of attorney suffers a supervening incapacity, which is to be understood as both temporary and permanent.

In our opinion, it is a very useful recommendation for seniors to grant a power of attorney, with the extension of capacity that they consider appropriate, in favour of someone who must obviously be of their full confidence.  In common practice, such powers of attorney are usually granted between spouses or persons in a similar situation, such as unmarried couples, although, given that they are often of a similar age, in our opinion it is more reasonable to grant such powers of attorney in favour of children, obviously providing that the children are of legal age.

On the other hand, in the case of several children, and although the power of attorney could legally be granted for use with the individual signature of any of them, it seems to us more reasonable to fix a number of people signing the power of attorney who have to agree on the number of signatories. Thus, for example, in the case of having three children, it could be required that at least two of them must act for the proxy’s actions to be valid. In our experience, this requirement has the effect of forcing a minimum of agreement and communication between the proxies, without requiring unanimity, which is sometimes difficult to achieve.

We would also like to clarify some usual confusion about the mutual powers of attorney, in two points:

Secondly, it is important to remember that in order to obtain copies of the power of attorney from the notary before whom mutual powers of attorney were granted, both parties must appear at the notary’s office.

In any case, it should always be borne in mind that the granting of power of attorney involves risk, so each situation should be assessed very carefully and you should always consult first with your legal advisor.

This document has been created in March 2021 by our specialist Dr. D. Carles Foz Moreno, and its content is only a brief and informative report on the matter in question, without constituting in any way legal advice on the matter. Should you require more specific information, please contact our qualified professionals at Info@bufetefoz.com

Brexit and purchase of rustic properties
Scroll to top

We may request cookies to be set on your device. We use cookies to let us know when you visit our websites, how you interact with us, to enrich your user experience, and to customize your relationship with our website.

Click on the different category headings to find out more. You can also change some of your preferences. Note that blocking some types of cookies may impact your experience on our websites and the services we are able to offer.

These cookies are strictly necessary to provide you with services available through our website and to use some of its features.

Because these cookies are strictly necessary to deliver the website, refuseing them will have impact how our site functions. You always can block or delete cookies by changing your browser settings and force blocking all cookies on this website. But this will always prompt you to accept/refuse cookies when revisiting our site.

We fully respect if you want to refuse cookies but to avoid asking you again and again kindly allow us to store a cookie for that. You are free to opt out any time or opt in for other cookies to get a better experience. If you refuse cookies we will remove all set cookies in our domain.

We provide you with a list of stored cookies on your computer in our domain so you can check what we stored. Due to security reasons we are not able to show or modify cookies from other domains. You can check these in your browser security settings.

We also use different external services like Google Webfonts, Google Maps, and external Video providers. Since these providers may collect personal data like your IP address we allow you to block them here. Please be aware that this might heavily reduce the functionality and appearance of our site. Changes will take effect once you reload the page.